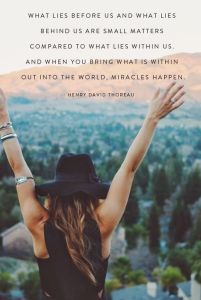 Some days it feels harder to praise than others.  We don’t start out as Praise Ninjas; we have to grow into them! (Haha..that should give you a good giggle!)

Yesterday I challenged you to bold praise, and I posted a picture of Po the Panda/Dragon Warrior hurling the weapon of fire aimed at taking him out, right back at the enemy.  It’s a great scene, but the story that precedes it is what really inspires my kids and I.

Before Po catches the ball of fire, he faces some pretty crazy opposition.  His life has humble beginnings of abandonment and identity crises.  He is a panda, cute and cuddly, but he is determined to become a warrior.  And so his dream leads him into a series of dangerous events that force him to rise up and walk in what he knows, deep in his heart, he was always meant to be.

After facing fierce enemies and barely escaping death by no skill of his own, he finally meets with a foe that has been determined to destroy him since birth.  He faces long and exhausting skirmishes with this foe, who seems relentless in his mission against Po.

In this fateful scene, Po drags himself to rise from the water where he and his friends have nearly died, with the city in flames before him, and meet with what seems to be his utter defeat.  Everything has been lost.  Even his search for inner peace, which is supposed to be the greatest weapon and source of power available to true warriors, has been unsuccessful to this point.  He feels empty and hopeless. He has exhausted all of his resources.  His strength is spent and his ideas are gone.

Though every trick he had been taught and every weapon he had put his trust in had failed, his inner warrior compels him to take just one more shot at what his fading hope has dared to believe is true.

So when that ball of fire is aimed at him, he’s not even sure he will survive it, much less truly be able to turn that thing around.  But it’s all he’s got left.  It’s the little mustard seed of faith that pushes him to give it just one more try – even if it be a timid one.

The fierce boldness in his eyes from yesterday’s picture only came after the settled gaze of humble determination (even if it meant he would meet with death), followed by the outlandish surprise that it actually, finally worked!

Sometimes the life of faith is like this.  We try and we fight and we praise and we are still seemingly overcome.  Nothing changes.  And when everything goes up in flames and the enemy is still advancing, it is tempting to surrender to defeat.

Except for the little seed still buried in your soul, place there by the hand of God, that whispers, “Just give it one more try.”

Because He knows what we don’t:  that when we have nothing else to trust in, our inner warrior (the Holy Spirit) arises and does what He has always intended and promised to do.  He turns that thing around, and we discover strength and power that we have never been able to access before.

If you’re feeling defeated today, or even a little shy, don’t worry.  The Praise Challenge isn’t just for skilled warriors.  It is actually meant to help you discover the warrior inside of you: the Spirit of the Lord of Hosts, Who fights for you.

Often times, it is not the big praise that secures the ear of God, but the broken one.

So summon the courage today to give this faith thing one more fair shot.  You might be surprised by what happens.  And then you might find yourself growing a little bolder in your praise. Whatever your praise looks like in these 24 hours, believe it is an arrow, aimed at God’s heart.  It’s not as hard as it might feel, and He is faithful to meet us where we are and grant us the faith to release what we have.

More than that, He will receive it and bless it, and give you in return the great reward of more of His peace and presence.  The beautiful thing about God is that your best is good enough, because it’s not about what you bring in comparison to what everyone else brings.  It’s about what you bring, out of the sincerity of your heart, to the God Who delights in you and in every effort you make to move toward Him.

“And without faith it is impossible to please Him, for whoever would draw near to God must believe that He exists, and that He rewards those who sincerely seek Him.”  Hebrews 11:6

Remember, in your efforts today, that God empowers what He asks for (which in this challenge is praise), and He inhabits (He literally lives in the space of) the praises we offer up. Why not try?!