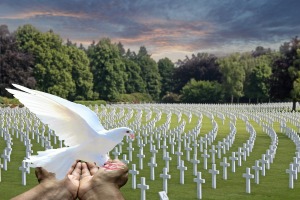 Marriage is meant to be a picture of God’s love and relationship with us. It carries the revelation of His heart to the world. But when marriage becomes broken, that revelation becomes difficult, if not impossible, to see. Sadly, it is often easier to quit than to go deeper and pursue all that God intended for our marriages.

But here is one woman’s honest story of her journey in marriage, with its joys and disappointments, and with its amazing potential realized and not forgotten. Here is the account of her humble recognition and willingness to see what God intended, and to come into agreement with it.

My interactions with this woman have always left me with a deep admiration and inspiration, and that was before I knew her story! On this side of her testimony, the grace and grit she carries become gifts I want to possess for my own marriage and life.

Whether you are married or single, widowed or divorced, this story holds something for you because it is the story of God’s love and intentions for our relationship with Him. I pray that hope and faith will be released as you read, and I pray that healing will come to the places where disappointment and frustration have settled in. God longs to redeem it all, and that can start right here, right now!

“My name is FaithInHim, and this is my resurrection story…

I am 45 years old; I am a daughter of the most high King, wife, mother, stepmother, grandmother, daughter, sister, teacher, and friend. For as long as I could remember as a little girl, my biggest dream was to get married and have kids. And thanks be to God, I found my husband, my soul mate, around the age of 26. We met at church, were married within a Christian union, and have been at a Christian church ever since. We married about two years after we met, and I instantly became a (step) mother to a beautiful young girl through the union of our marriage.

Every marriage has its honey moon stage, and ours was no different. Then, soon enough, troubles began. I don’t think they were so different from many marriages, but at the time I felt alone and like we were somewhat unique to these problems that were occurring. We both were just butting heads often on several things. Anything from finances to parenting, to attitudes, chores, etc. Sure, there were many good times in between the hard times….but the hard times were just not quitting.

In the midst of these days, we decided to have our first child together as a new couple. Perhaps we thought this could remedy some of the problems we were facing. However, that was not quite the case. We were overjoyed in having our first (and only) son born to our little household. But the reality of having a newborn, and our 6-year-old daughter, was a bit overwhelming and at times our previous woes just seemed to be compounded.

I didn’t blame the kids exactly but in my selfish ways I sort of did blame everyone except myself. I was positive that I was not the one that was always wrong, and that my husband just did not want to see or hear my point of view. I felt like he was out to make my life miserable if I did not succumb to his point of view. I began to shut myself out and crawl into my own shell, which was a pattern I had had throughout my life, even as a child. You see, I DO NOT like confrontation. In fact, I avoid confrontation. I fear the arguing, and I fear having to be honest and up front with people. I want to please people, and when I can’t, I blame myself and go into my own shell.

So I survived the troubles in my marriage by just maintaining my stance of, ‘I’m right, and he’s wrong.’ I couldn’t see past the anger my husband displayed, and the yelling, which sometimes turned into verbal abuse. I knew he was not that person when I met him. I knew that he was someone so much more special and compassionate than what he was displaying in his frustration towards me, and sometimes the kids. I soon began to realize that he and I were not so different, that we were both just struggling.

At the same time, there were some obvious differences between us that we needed to recognize and learn how to work with. For starters, he was an extrovert, and I, an introvert. I was passive-aggressive, and he was just aggressive. His words were harsh, and to prove that he was wrong I would spend days…no WEEKS, not speaking to him, or trying to get by with as little words as possible. There were definitely areas we both needed to grow in.

Despite the recognition of our obvious differences, as well as the things that were not so different about us, we continued to struggle in our marriage. Needless to say, I was developing feelings of intense bitterness and resentment towards him, which lingered on for years. I was oblivious to what this was causing in my marriage and what it was doing to our kids. I couldn’t see it in myself, but I had become that same person towards him that he had been to me, and I have no doubt he was feeling many of the same things about me.

Six years after our son was born, we had another girl. Once again, we found such joy and blessing in the growth of our family. We now had three children in our midst. Through these years we had our ups and downs. Some days, weeks, and months we spent being okay, and seemed to be like a normal family. Deep down, however, I knew things were not so different. We had just gotten better at hiding things from the outside world.

All the while we were attending church, and while I know we did love Christ, looking back I felt like we were putting on a mask amongst others and ourselves. I felt so helpless and afraid of losing our marriage and breaking up our family. I questioned God as to why we were brought together in this union of marriage if we were just so different. I felt like a failure as a mother, stepmother, wife, and child of the most high God. I was in and out of short depression periods. I was beginning to have some anxiety attacks, and just did not know if I could go on this way. We would at times spew such negative words to each other, threats of leaving and of divorce. We just did not pay attention to what Christ had for us in our marriage, and we didn’t see that He did indeed have a plan for us.

Fast forward many years, and we finally began to have some breakthrough in our marriage. For the longest time, we were just stuck in that cycle of, ‘You hurt me, I hurt you.’ I honestly don’t remember who it was between the two of us, but one of us just decided to get off the dance floor, and to not continue with the same song and dance that was ruining our marriage and our love for one another.

We began to attend a new church, and through the strong, rock solid ministry of our pastor, we began to be taught exactly what God intends in the union of marriage. It was mind blowing to say the least! WOW! It was like a slap in my face, as the saying goes. I began to research in God’s word what it meant to be a wife in a Christian marriage and what was expected of me. HOW could I have been so blind? What was I thinking all this time?!

Well, in a shortened version I can tell you that I was living in my flesh. I was living in disbelief of what God could do in our marriage, and we were just not putting God first and foremost in our marriage. It’s called SIN! Yes we loved God, yes we were faithful to one another, and we took care of our home as far as physical needs were concerned. But we both began to see that, spiritually, we were just ship-wrecked, and we knew in our hearts that we needed to show a more united front towards each other and for our children. It was like, slowly but surely, the veil was taken away from my eyes and I could see the sin in my own life much more clearly than before. We didn’t see it then, but eventually we realized that we were allowing Satan to have a foothold into our marriage. And once you’ve allowed that, the enemy will sweep in and cause havoc in your home.

A marriage is God’s provision for the sanctification of each of us. A marriage is to be used for the glory and honor of the Lord. We are a proclamation to the world of God’s love, mercy, and grace. I see that now more clearly than ever before. I see now that my husband has always loved me with a great and passionate love. He was just reacting in the only way he knew how to at the time. We both came into our marriage with our own baggage, just like everyone else does, as well.

But somehow, we have unpacked that baggage and have turned over to Christ our old garments, and we continue to this day to seek our new garments of love, praise, and honor towards each other and our Lord Jesus Christ!! Today my husband displays a pure and honest love towards our children and me, which is so very inspiring to me. He is the priest of our home, and I can honestly say I honor him and revere him as such.

Is our marriage perfect? No, not quite! Marriage is always work, but it is a labor of true love if you know in whom you can put your trust and belief. I now have full freedom to give my husband over to Christ, and to love him for who he is, and most importantly to try and see him the way Christ sees him. This is no easy task! Sometimes I still fail, but I keep getting up! I also know that I must look within myself first and foremost when I am bothered by the actions of my husband or anyone else. My love for my husband has grown in leaps and bounds, and the beauty of it is that it continues to grow. I now feel very safe and trusting of him. God is Good!! All the time!! Even when we don’t feel His presence, He is working in the midst of it all.

We are going into our 19th year of marriage later this year, and I know that it has only been by the Grace of God that we have remained together as husband and wife. To Him be all the glory and honor, forevermore!!

Proverbs 12:4 “A wife of noble character is her husband’s crown, but a disgraceful wife is like decay in his bones.”

Romans 8:28 “And we know that for those who love God all things work together for good, for those who are called according to his purpose.”