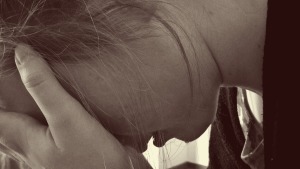 It is the first line of a song I’ve been hearing lately: “Sometimes things break…” It’s more than a line in a song, though. It’s truth. Sometimes things do break. It’s true in this season of my life…again. I was going along just fine for a bit there, and then all of sudden, things began to unravel. I hate it when that happens.

It doesn’t really even have to be anything major that falls apart, though it can be. I’ve had seasons where the broken things have been big things: my heart, my marriage, my family, my ministry. Those are hard seasons to walk through, much less recover from. But there are other seasons and other broken things which, while much less heavy to face, are still frustrating and revealing.

By revealing, I mean that broken things have a way of exposing the way we tend to think and the truth of what we believe. I would love to tell you that, as a Pastor and a woman called to minister to other women, my beliefs are solidly rooted in the truth. I study the Word of God and spend time talking with and listening God daily. I am always laying my heart before Him to be searched so that, if there is anything in me which is contrary to His truth, He can help me to see it and deal with it.

But when things break, I find myself saying or thinking things that come as a shock sometimes. Things like, “Here we go again. Why does this keep happening to me?” Things like, “Maybe this is just the way my life will always be. Maybe I’m wrong to expect anything different.” Things like, “Man, God, why aren’t You doing anything about this? I’ve done everything You told me to…doesn’t this matter to You?” Things like, “I guess this is just what we have to live with. I guess You’re not going to change this, God.”

I’m being uncomfortably honest, because I am uncomfortable. And I think that is the gift of God. He doesn’t want me to be comfortable with wrong attitudes and beliefs.

This week, my oven broke (it still works, but we will have to pay someone to come and fix the broken parts). My dog started new medication (this is like the fifth one we’ve tried in the past 2 years) and his rash flared up like crazy again…which means another visit to the vet will have to be squeezed into the budget and the calendar soon. My Grandma has a new health challenge (we are still in the throes of recovering from the last one). My body is fighting off something, and my energy level is lower than it’s been in a long time…meanwhile the housework is piling up and seems to be glaring at me from every room. I have to break some devastating news to my children, whose little hearts have been broken so many times already. It’s been a rough week.

Although I’ve had much worse (and am honestly counting my blessings and trying to keep the right perspective about all of it), these are still broken things. And these broken things have exposed the attitude and the thoughts of my heart. Thoughts I am not proud of. Thoughts I didn’t know I still had. Thoughts which are not kind toward God. Sometimes things break, and when they do, God is so merciful and loving that He allows us to see beyond the broken things, into our broken beliefs.

I wish that we could live in a world where nothing breaks (that may be what sets me up for disappointment!). That world is called Heaven. Someday it will be our reality. But in the meantime, most of what we know here on earth is broken. It’s broken by sin. It’s broken by failure. It’s broken by selfishness. It’s broken by deception. I have contributed to that brokenness with my own imperfections. But Jesus, knowing that we would live lives filled with broken things, told us not to worry, not to be afraid, not to doubt, not to be troubled. I used to condemn myself whenever I felt any of those things, until I realized that He told us not to because He knew we would.

“Don’t worry about anything;” He said… “instead, pray about everything. Tell God what you need, and thank him for all he has done. Then you will experience God’s peace, which exceeds anything we can understand. His peace will guard your hearts and minds as you live in Christ Jesus.” Philippians 4:6-7

“Don’t be afraid,” He said… “for I am with you. Don’t be discouraged, for I am your God. I will strengthen you and help you. I will hold you up with my victorious right hand.” Isaiah 41:10

When Peter’s faith failed him and he feared he would drown in the deep waters of his trial, Jesus reached right in and rescued him, saying, “You have so little faith…Why did you doubt me?” (As if Jesus would ever consider not saving us!) Matthew 14:31

“Don’t let your hearts be troubled,” He said… “Trust in God, and trust also in Me.” John 14:1 (This Jesus said to His disciples before He went to the cross. He was reminding them that, when things would look and feel the worst they had ever been, they were to count on the fact that He and the Father were still being faithful to keep their Word. He wanted them to remember that, even in suffering, God was still carrying out His good plans. It might not look like what they thought it would, but they would soon see that He keeps His promises.)

Dear Woman of Breakthrough, I don’t know what broken things you’re faced with today, or what broken things may land in your path this week. But I do know one thing: God has a plan for broken things. Almost always, that plan involves revealing truth, and exposing lies we tend to believe. It involves healing us yet more, and bringing us into a greater revelation of Who He is and Who He longs to be for us. How I pray today that you will pay attention to your thoughts, feelings and attitudes when you encounter broken things, and that you will allow God the room to renew them all.

Transformation is a process we will be steeped in until it’s time for us to go to Heaven. And broken things are a big part of that process. Instead of dreading them, may we learn to embrace them with faith (and maybe even joy), because we know that God is using them to shape and mold us more and more into the image of His own likeness. With every broken thing, we can become more like who we were created to be!